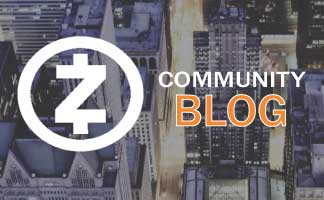 Zcash has just announced that the most important step in the Genesis ceremony, the creation of the Public Proving Keys for the zkSNARKS, was completed on October 22-23rd 2016! The Trusted Setup is a vital part of what makes Zcash work. Zcash is the first coin to use a simplified implementation of a new cryptographic proof called zk-SNARKs (SNARKS for short). These SNARKS are the engine that can quickly and efficiently verify a transaction and add it to the blockchain without revealing any details to the public. The tricky thing about these SNARKS is that (like many algorithms) they need to have a one time setup. And the reason that this setup is called the “Trusted Setup” is because you have to trust that whoever generated those keys destroyed them when they were done. You can read more in-depth about the Trusted Setup here. The Trusted Setup has been the single biggest point of contention among Zcash dissenters who were concerned that it could undermine faith in Zcash. With the information just released on GitHub we now know know Who was involved, When it took place and exactly How it was done. This Github release is just the first step; there will be official Blog posts ,Videos, and eye witness accounts from Reporters who were there to cover the event. Please visit the Github below for more details! https://github.com/zcash/mpc https://github.com/zcash/mpc/blob/master/README.md

The public parameters (zk-SNARK proving and verifying keys) for Zcash’s 1.0 “Sprout” launch were constructed in a ceremony that took place on October 22-23. The following individuals participated in the ceremony: The ceremony used a multi-party computation protocol with the property that the resulting parameters are secure unless all of the participants were dishonest or compromised during the ceremony.
Share on Facebook Share on twitter