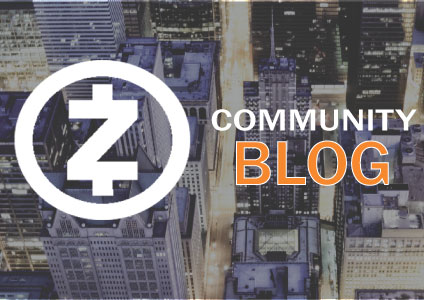 Early this morning the first of the Zcash Founders Reward transfers took place. This transfer of 5,611 ZEC (with a market value of approx: $189,651.00 = $33.60/ZEC at the time of this post) marks the first time any amount has been moved from the first of several Zcash Founders Reward addresses. As I had reported earlier the Founders Reward is one of the cornerstones of Zcash that will provide funding for continued Development, pay back Investors, and also build a Non-Profit Zcash Foundation. For those new to Zcash the Founders Reward represents 10% (2.1 Million) of the total 21 Million Zcash coins to be issued. The Reward is being issued at a rate of 20% of the block rewards for the first 4 years and then nothing after that. The first payout of the Founders Reward was originally scheduled for November 28th as mentioned in this Blog post, but when that day came Zooko and Nathan quickly retracted the statement on the Forums and on Twitter, not citing a specific reason. It turns out that Zooko and team were concerned about the security surrounding the transfers and in light of recent attacks to one of the Zcash founders Bo Shen thier concern certainly seems warranted. Zooko Posted that they would soon begin the transfers and the reason for the delay just last week in this thread on the forums. Zooko did not mention a specific schedule for these payouts and will likely not be providing such information due to security reasons but we can always view the transactions from the transparent Founders Reward addresses on the Blockchain. You can view present and future Founders Reward transparent addresses HERE. It’s also important to note that the amount was transferred to private Z_addresses making the receiving parties and specific amounts of the rewards impossible to trace. Also, in other News (I Tweeted about on December 15th) the Zcash team released and update to 1.0.4 with several Bug fixes. If you are Mining or running Node you should update your Zcash version ASAP.
Share on Facebook Share on twitter